Will Manchester United hunt Milan Skriniar and Grealish be a substitute? 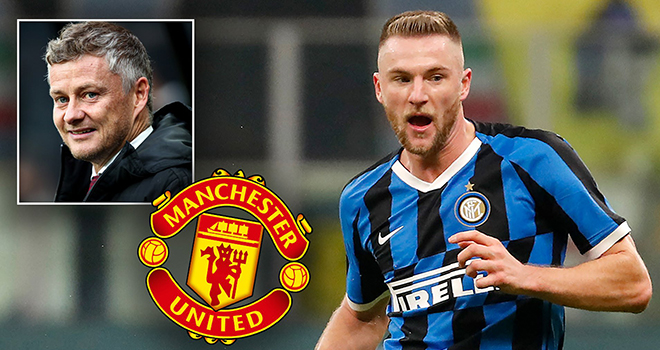 Former Aston Villa keeper Shay Given believes that Jack Grealish will become an excellent No.10 at MU. However, Given warned that his former teammate might have to sit on the bench because the club has a lot of excellent players in this position.

He may have to sit on the bench or accept kicks left or right. But he thinks Jack’s forte is at ‘number 10’. Even Jurgen Klopp has said that with Jack’s quality, it is the best position for him. Grealish has long been linked to MU. This deal will have a greater chance of success if Aston Villa are relegated after this season.

Currently, the number one center-back of Manchester United is Victor Lindelof and Harry Maguire, but MU still aims another center-back to partner with Maguire in the new season.

According to Tuttosport, MU has made an offer to recruit Milan midfielder Milan Skriniar for € 65 million. They will have to compete with Real Madrid and Bayern Munich to get the 25-year-old star’s signature.

In January, MU asked to buy Skriniar but failed, and the Slovak center-back signed a new contract with Inter Milan. However, according to Tuttosports, the Giuseppe Meazza team is planning to sell Skriniar due to his unimpressive play in the past few months. And he found no place in the three-man defense of Antonio Conte. Therefore, the price of Skriniar has decreased, and MU has returned with this deal.

According to Het Belang van Limburg, Manchester United have told midfielder Andreas Pereira they want to keep him this summer. The Brazilian has not performed well this season and has been removed from the squad by coach Solskjaer many times. There have been many rumors that Pereira will have to leave sooner or later, especially after Bruno Fernandes arrives and proves himself.
However, it seems that coach Solskjaer still has his own plan for the midfielder. In the 2019/2020 season, Pereira has a total of 39 football matches with MU.