The first footballer to die from Covid-19 infection 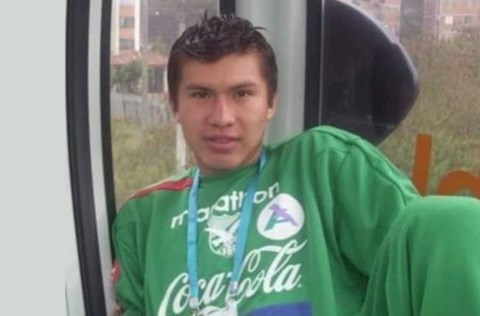 Since its inception, the Covid-19 epidemic has had a significant impact on the soccer world. Nearly every tournament is postponed, the players have to isolate themselves at home. Concerns remain, but before that basically no professional footballer had died from Covid-19 in Asia and Europe.

However, footballers have just recorded their first trauma for Covid-19. Deibert Frans Roman Guzman (25), a player of the University of Trinidad Club (second class of Bolivia), has not overcome the disease caused by Covid-19 after a few weeks of hospital treatment.

Deibert Frans Roman Guzman was once called up to the Bolivian youth team. Before playing for the University of Trinidad, the player used to play Nacional Potosi, Bolivia’s oldest club.

According to the Daily Star, the death of Deibert Frans Roman Guzman adds to the tragedy of his family when his father, Belizario Roman and his uncle Luis Carmelo Roman, also died from Covid-19. Belizario used to be the president of the University of Trinidad, while Luis Carmelo Roman is the Deportivo Perejique club coach.

President Angel Sanchez on behalf of the Bolivian Football Association sent his condolences to the Guzman family at this great loss.

Bolivian Football Federation would like to share the loss to the family and friends of Deibert Roman Guzman. May God bless all people. This evil plague leaves no one and it’s heartbreaking to hear about this information.

The Bolivian football federation was shocked by Covid-19’s horror. It is devastating Beni and they urge everyone to follow Government instructions to avoid unfortunate events.

Earlier, the Premier League could confirm on May 25 and May 26, 1,008 players and staff of the clubs were tested for Covid-19. Of these, 4 were identified positive. Thus, a total of 12 people were infected with the virus after undergoing 3 tests from more than 2,700 test samples performed by the Premier League BTC. The source said players, or members who had just been identified positive for Covid-19, would have to quarantine themselves within seven days.