Sarri: ‘The Champions League is cruel’ 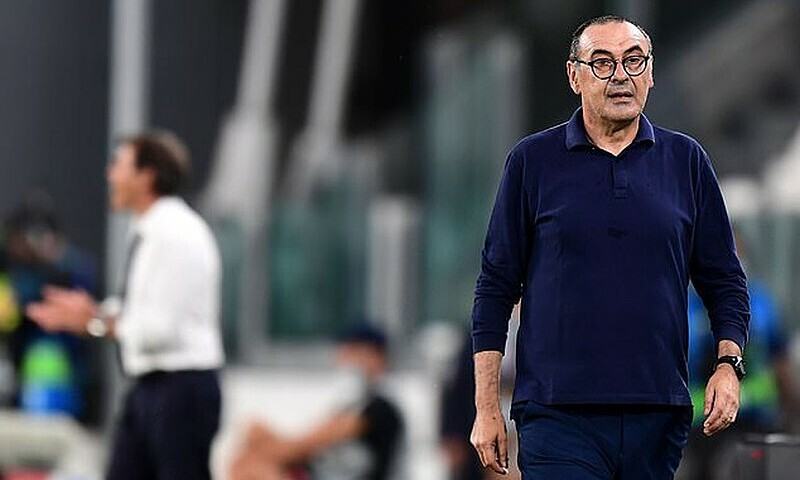 Coach Maurizio Sarri felt sour after Juventus was eliminated by Lyon because of the away goal rule in the eighth round of the Champions League.

“The Champions League is a cruel tournament, because after great results we are still eliminated,” said Sarri said on Sky Sport Italia channel after a 1-2 defeat in the return leg at Allianz’s home field.

In the first leg, Juventus lost 0-1 in France. The only goal that match was scored in the 31st minute, by Lucas Tousart. Yesterday, Sarri’s team scored twice thanks to Cristiano Ronaldo, but at the beginning of the match, Memphis Depay was conceded from the controversial penalty. After two 2-2 draws, the Italian team was eliminated under the away goals rule.

When asked about whether to expect more from the Juventus players, Sarri replied: “I expected less. I think we have had a great performance. We have suffered a penalty after. Ten minutes of the ball rolling, in a situation that would drive us crazy. We made a comeback, won the game, created six or seven chances to score.”

Juventus dominated the ball control time (63%), launched 16 shots and six of them hit the goal (compared with 6 and both sides of Lyon respectively). However, their performance was still judged to be bland, lacking urgency and drasticness. This is what happened at the end of the last Serie A season.

“Unfortunately, we haven’t done anything sensible for the whole year,” admits Sarri. “I felt the whole team was recharged. In the last match. Maybe we were driven by mental and mental energy, rather than physical strength. “

With an early exit from the Champions League, Sarri is in danger of losing his job. According to the Italian press, Juventus is ready to replace him with Mauricio Pochettino – former Tottenham manager. However, Sarri remained calm: “I don’t think the Juventus leaders will make a decision based on one match. They will judge the whole season. I find this kind of question offensive, but not with I, but with the leader. I have a contract, I will respect it, and I do not expect anything. “