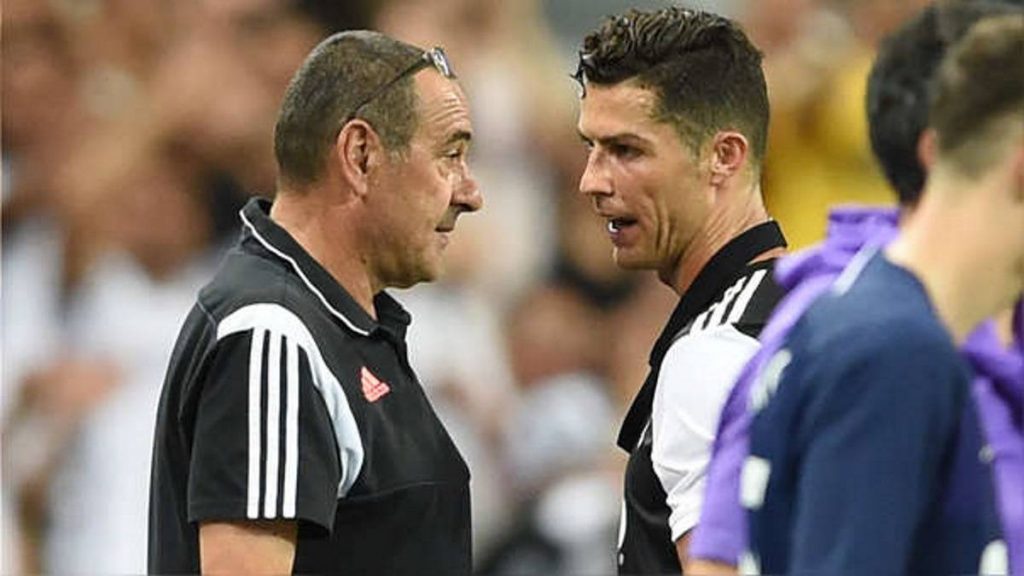 Juventus decided to fire coach Maurizio Sarri after only 1 year in the lead, despite winning the 9th Serie A title in a row. Shortly thereafter, the Juventus leadership decided to appoint Andrea Pirlo as Juventus coach under a two-year contract.

After the meeting on 8/8, Juventus Football Club announced that Maurizio Sarri had resigned his position as coach of the first team. Juventus thanked him for writing a new page in the history of the club with the ninth consecutive Serie A championship. continued.

The dismissal of coach Sarri was predicted by the public before he and Juventus won Serie A, but only 1 point higher than Inter Milan and did not perform the football as expected.

His position was shaken after Juventus lost the Italian Super Cup to Lazio in December, followed by the Coppa Italia Final against Napoli in June.

But the bottom line is that Juventus was bitterly eliminated in the Champions League against Lyon, the front where the team leaders set the highest goals. Due to losing 0-1 away away, so last night, although Ronaldo made a double, the club was still eliminated from round 16.

Chairman Agnelli said it would take him several days to review and assess the situation but the decision to fire Sarri was made just hours after the failure. Although many sources believe that Juventus leader will put Pochettino in the hot seat, in the end, Andrea Pirlo is the one chosen.

The talented former Italian midfielder took over as coach of the Juventus U23 team 9 days ago. Now Pirlo is promoted to be the new captain of the club on a two-year contract.

The announcement on the Juventus homepage said that the club decided to put their faith in Andrea Pirlo to lead the first team after being selected as Juventus U23 coach. The leadership believes that Pirlo is qualified enough to bring the team of many talented Juventus players to new successes.

In the past, Andrea Pirlo had 4 impressive years of playing in the club shirt from 2011 to 2015. The Italian midfielder has 164 times for Juventus. To date, Pirlo had no experience coaching a professional football team. However, Juventus president, Andrea Agnelli, is very confident in the capacity of the 41-year-old former player on the bench.