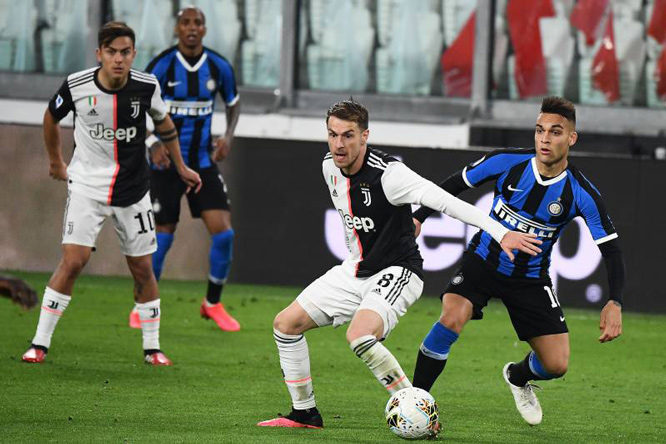 Yesterday (April 17), the Italian Football Federation (FIGC) announced that football competitions in the country should return in late May or early June. At the same time, they criticized those who supported the cancellation of football matches is not fond of football.

Gabriele Gravina, President of FIGC, said the preparations for the restoration of the Italian football league can take up to 3 weeks. They will proceed after the country completely removes the blockade (scheduled for next 4-5 days).

If following this schedule, all the tournaments in Italy will officially restart in early summer of this year. President Gabriele Gravina emphasized that stakeholders will closely control to ensure that no teams are infected with SARS-CoV-2 virus. At the same time, he expects the teams will be playing at home. If there are unexpected developments, FIGC will consider other solutions.

Regarding football, the BBC today (April 18) said that all teams playing in the Premier League have expressed their desire to complete the 2019-2020 season instead of canceling due to the impact of COVID. -19. However, the English Football Federation has not been able to agree on the time of the return of this tournament.

Earlier, the Premier League this season is expected to end on June 30. But complicated developments of the epidemic caused this plan to collapse. The organizers of the tournament confirmed that they will only restore the matches at a safe and reasonable time.

Previously, the second leg of the semi-final between Juventus and AC Milan in the framework of the Italian National Cup, taking place 4-3, was postponed indefinitely due to concerns related to Covid-19.

As planned, the confrontation between Juventus and AC Milan will take place on the Allianz Stadium in the city of Turin in the Piedmont region. The Juventus representative said the match will still be held with the audience, but fans from the Lombardy, Veneto and Emilia Romagna regions will not be allowed to play. These are all areas where sports events are prohibited because of Covid-19.

However, the organizers decided to postpone the match indefinitely at the request of the city of Turin. Turin Mayor Claudio Palomba said it was not feasible to identify fans from the translated regions.