Can Arsenal Still Qualify for Champions League Next Season? 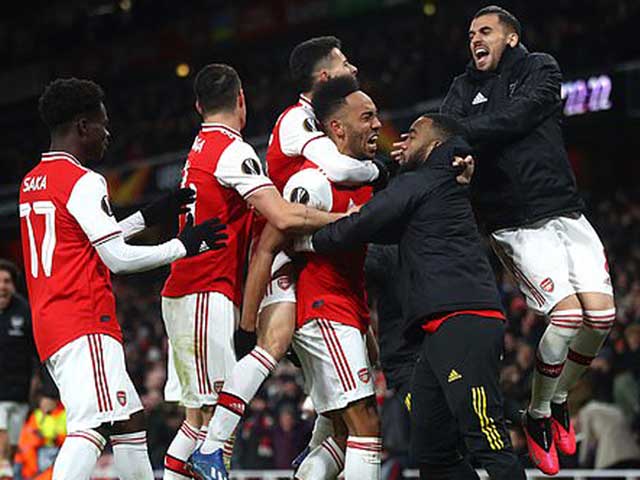 Despite being in 9th place in the Premier League rankings, Arsenal still have the ability to attend the Champions League if this season is canceled.

The UEFA online meeting with 55 member federations on April 21 confirmed the effort to bring the league back in June to the end of the season, even without an audience. However, the possibility of canceling is also taken into account if the Covid-19 epidemic is not controlled in the near future.

A source from The Sun said that when considering this, UEFA has been proposed by the federation of members to choose a team to attend next year’s European leagues regardless of the rankings in the league. It is the use of the UEFA coefficient to consider many factors of clubs, not just their current performance.

This idea will lead to Arsenal, Man City, Liverpool and MU being the four representatives of England to attend the Champions League next year, while Tottenham, Chelsea and Leicester have a place in the Europa League. If Manchester City’s European Cup ban is still in place, Tottenham will be the team that replaces the Green Man in this arena.

It should be known that Arsenal is having a bad season when ranked 9th on the Premier League table until before the tournament is postponed. If they are to attend the Champions League next season, it is really a very surprising and unfair for the teams having better performances such as Sheffield United and Wolves.

However, this is just an idea discussed between UEFA and the member associations. UEFA President Aleksander Ceferin insisted that the transparency of the tournament should be a top priority.

UEFA insists they want to ensure fairness for the teams that have the advantage of winning the championship or attending the European Cup. Earlier, UEFA had previously confirmed it would severely punish any league for early cancellation.