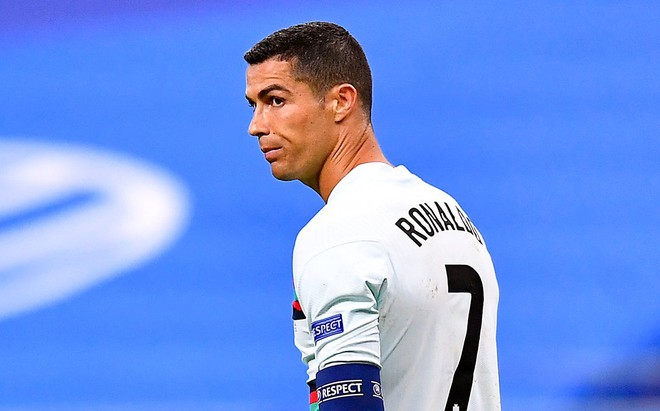 The Portuguese Football Federation announced that superstar Cristiano Ronaldo had become a victim of Covid-19 after Portugal drew France 0-0.

Cristiano Ronaldo played for 90 minutes in the Portuguese match 0-0 at the Stade de France in the UEFA Nations League yesterday, but in the state he was not really strong.

So much so that France coach Didier Deschamps, after the game, said he could barely see Cristiano Ronaldo on the field. This can also be affected by just over 1 day after this match, superstar Cristiano Ronaldo tested positive for Covid-19.

In the announcement, the Portuguese Football Federation confirmed that the latest test Cristiano Ronaldo had a positive result of Covid-19. However, it is reported that this superstar is completely fine because he has no serious symptoms such as fever or cough, so he only needs to stay in quarantine as prescribed for about 10 to 14 days.

Previously, when the Covid-19 epidemic broke out earlier this year and at Juventus Club with many consecutive infections, Cristiano Ronaldo took the opportunity to return to his hometown of Portugal to take care of his sick mother, who stayed here in isolation for a long time.

Cristiano Ronaldo has just posted a photo of a dinner with his Portuguese teammates, and a few hours later he received a positive Covid-19.

Even so, the above Covid-19 stars, after being in isolation, recovered quickly and returned to playing practice.

So, with Cristiano Ronaldo as much as possible, this superstar will leave the field for at least 10 to 14 days. So will be absent from the Portuguese match against Sweden.